Interested in going to Germany this summer! Want to make new friends? Be part of the 2020 German Exchange!

Here is more information about the exchange and an application:

See Mr. Kruger in W009 or in the Social Studies Office for more details on the 2020 exchange.

Here is a short video of our new partner school: 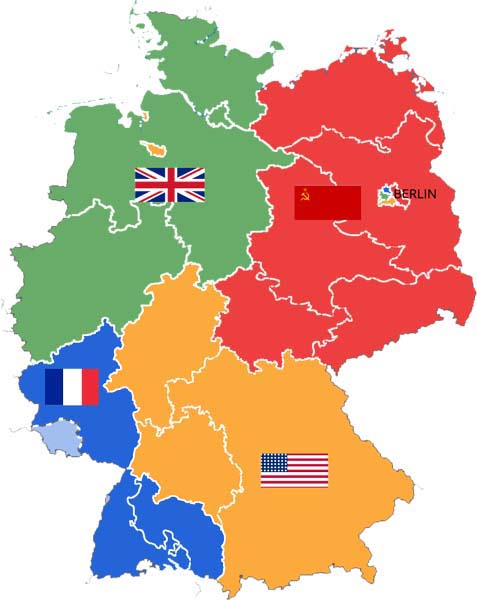 A new Social Studies course ("Cold War - Independent Study") is being offered  for school credit in connection with the 2020 German Exchange. Any current freshman, sophomore or junior participating in the German Exchange can register for the course for the 2020-2021 school year.

During the Berlin part of our trip, we will visit several Cold War sites, including the Berlin Wall and a former prison of the East German secret police, and talk to Germans who experienced the Cold War in East Germany.

Students' grades will be based primarily on a research paper comparing the Cold War experiences of Germans from the East and West. Prior to the trip, students will also complete  several EdPuzzle videos on the Cold War in Germany. 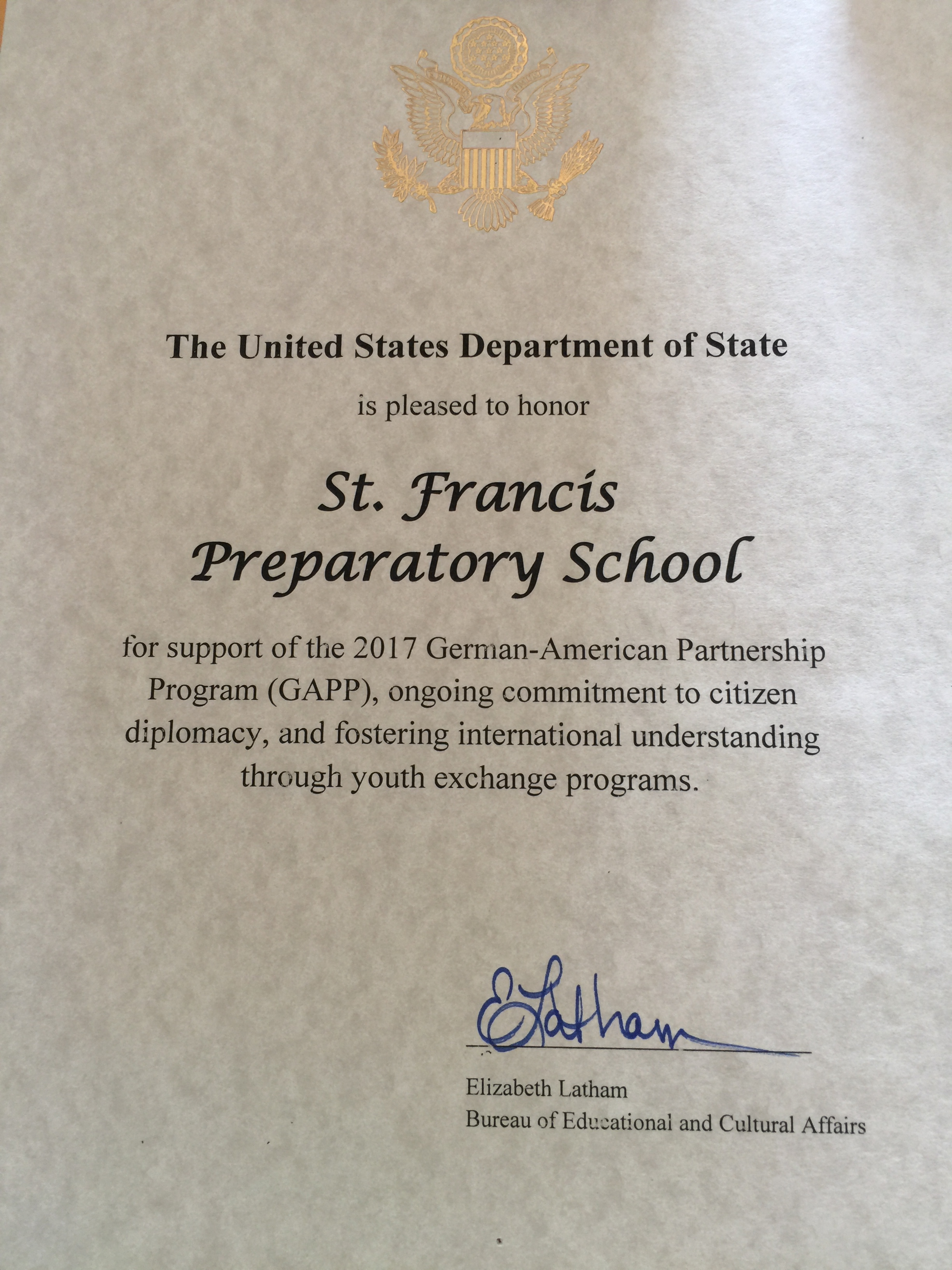 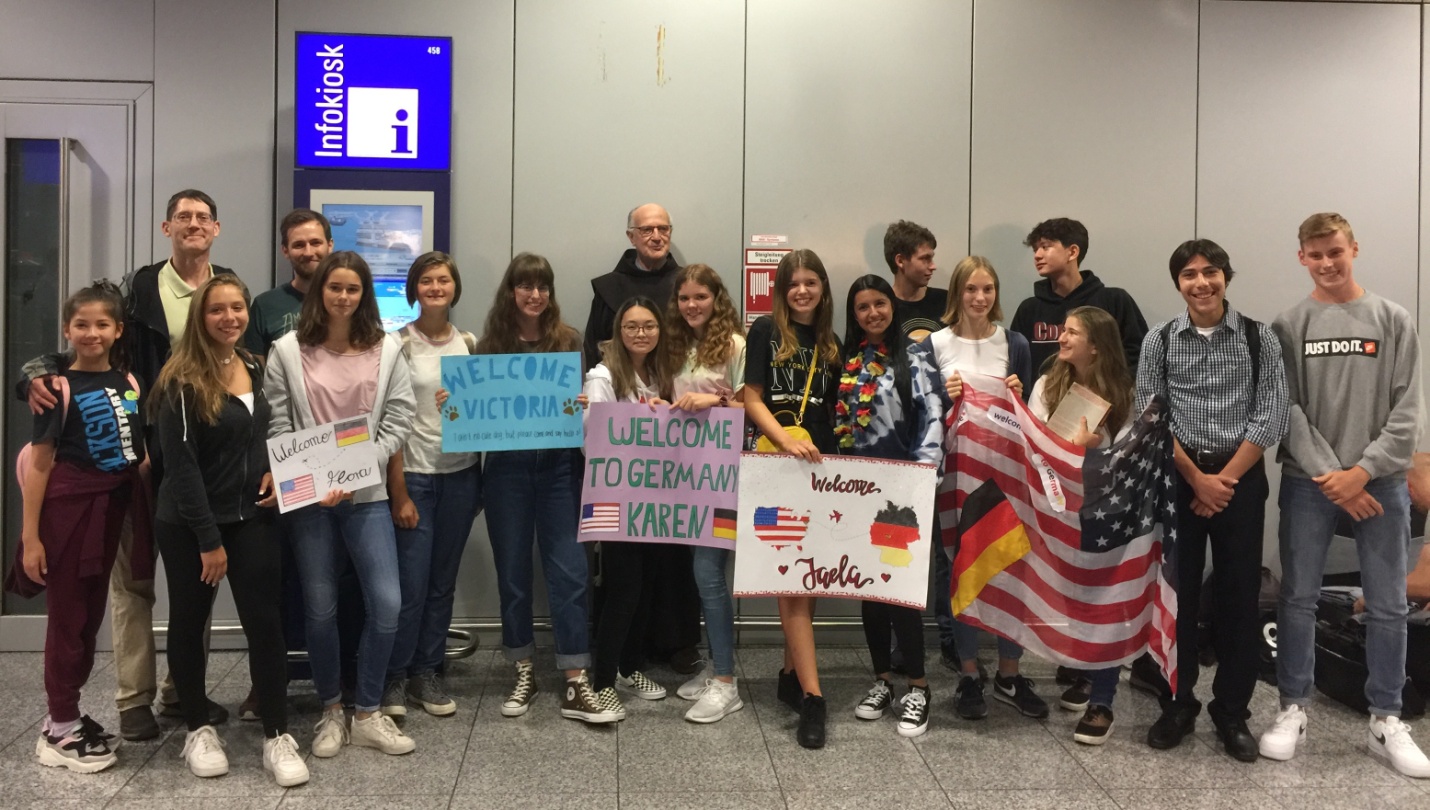 A group of Prep students departed on August 15 from JFK airport for a two week stay in Germany. The trip was part of an exchange program with our German partner school, the Franciscan School Kreuzburg, and an independent study course on the Cold War in East and West Germany.

During the first week of their stay, students lived with a German host family and attended classes at the Franciscan School Kreuzburg, a school of 1200 students near Frankfurt.  The Prep students also took a day trip with German students to Würzburg, where they walked through the old town and toured the Marienburg Fortress, located on a hill above the city. Mr. Gerd Kohlmetz, a teacher at the school, talked to students about his experiences serving a s a soldier in the West German army during the Cold War as well as several trips he took as a student to Communist East Germany.  Later in the week, Mr. Michael Verleih, a former political prisoner in East Germany, spoke to the students about his experiences with the East German secret police and his time spent in prison in East Germany.  The week ended with a picnic and soccer game between students from the two schools. 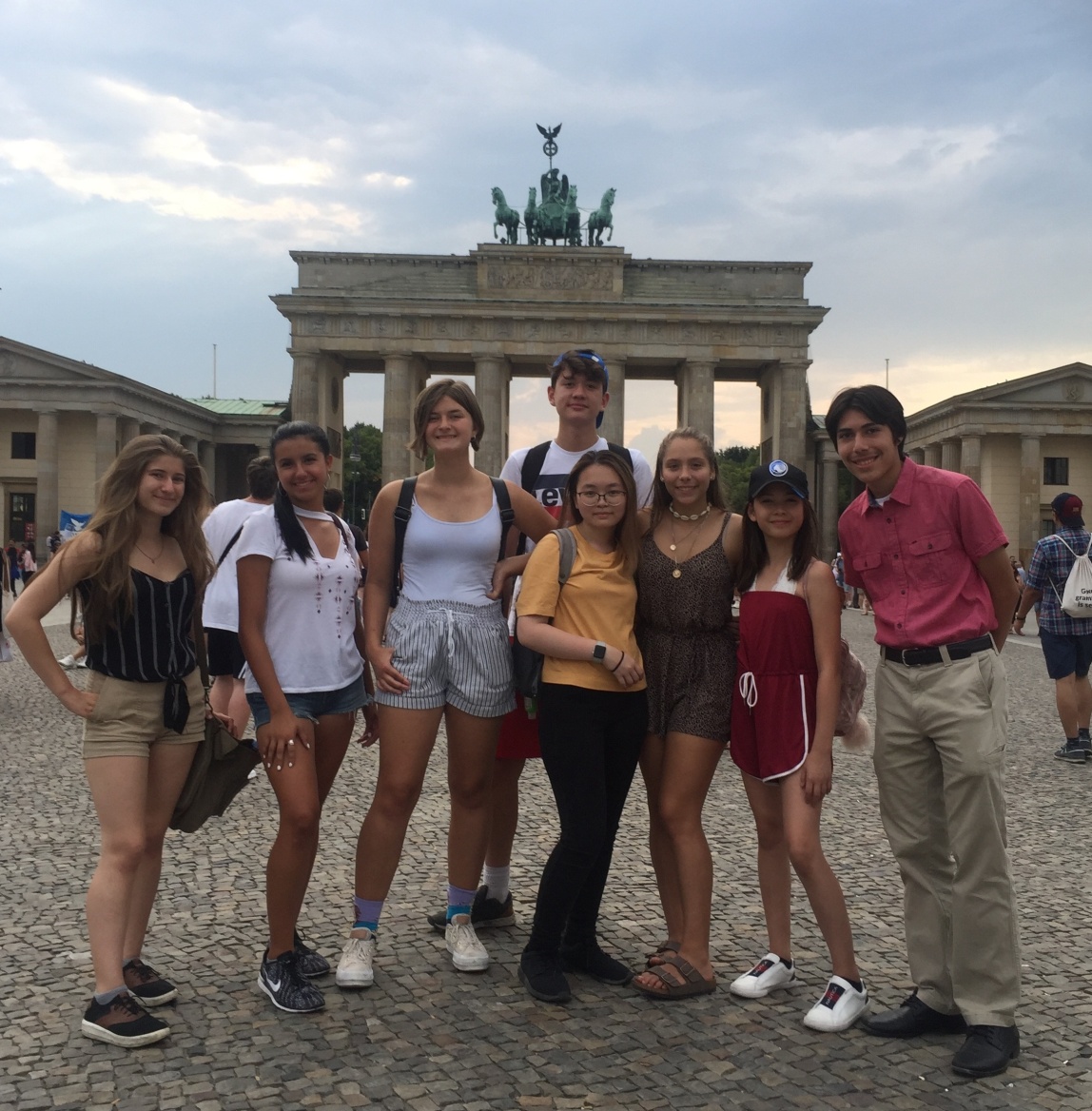 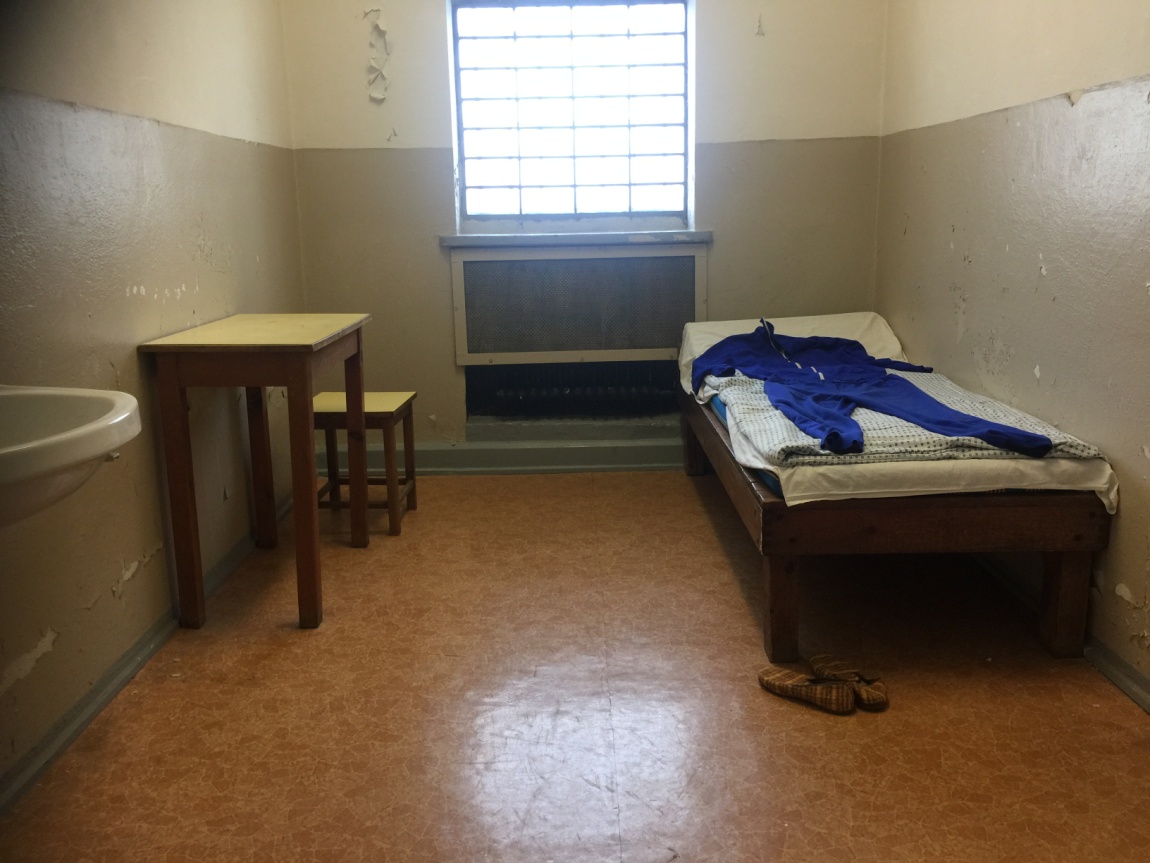 A cell in the Hohenschoenhausen Prison in East Berlin 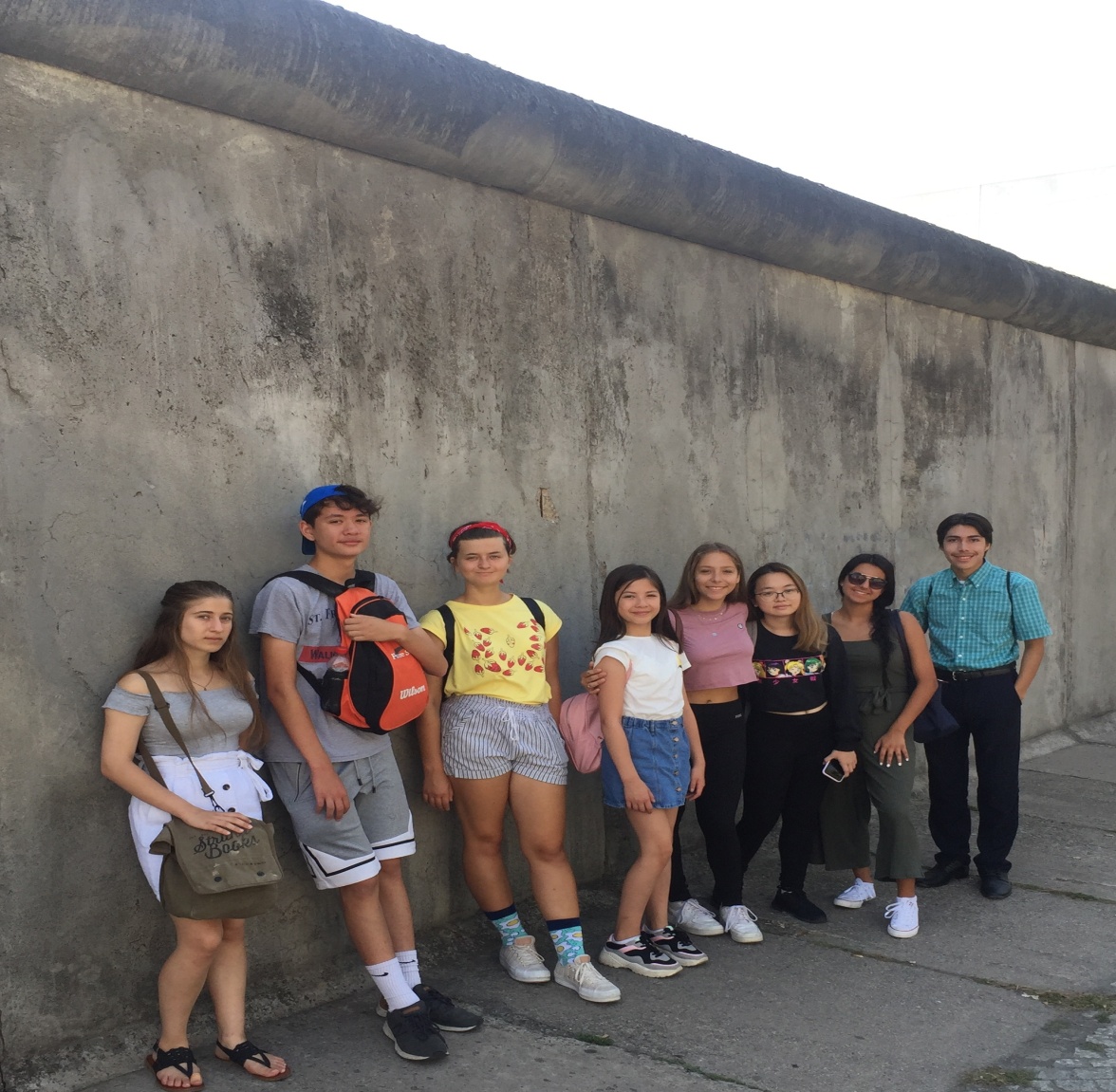 Students at the Berlin Wall

The group spent the last four days of the trip in Berlin. Students visited the Brandenburg Gate, the Berlin Wall, and the Reichstag. They also listened to a presentation by Mr. Rainer Schubert, a journalist, who during the Cold War helped East Germans escape to the West. On the second day of their stay they toured a prison of the former East German secret police, the Stasi. Later, they visited an underground bunker built during the Cold War to withstand a nuclear attack and went to the German Spy Museum.

Ten students from our German partner school will be visiting the Prep from October 7 to October 18. They will attend classes with their Prep partners and also take sightseeing trips to Manhattan during their stay.